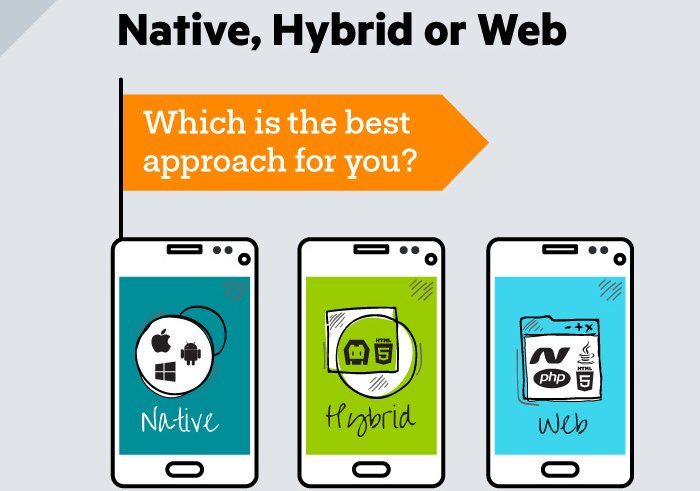 What Is a Native App?

Understanding the Differences between Native, Web and Hybrid Apps

Creating an app is one of the best ways to reach consumers. We use apps to send and share information, get from point A to B, and to pay for goods and services. If you’re looking to create an app for your business or organization, you need to consider the pros and cons of each type of app. They are three main types of apps for you to choose from: web, native, and hybrid apps. Take a moment to learn about the benefits and disadvantages of each.

Web Apps for Getting Things Done on a Desktop

There are two main categories for apps: web and mobile apps. Web apps exist on your desktop, while mobile apps are downloaded on smartphones and tablets.

Unlike a website, a web app is designed to be functional, helping users accomplish something and create content, whether it’s messaging their friends on Facebook or drafting a document on Google Docs. This is not the same as a basic website, which simply lists information.

A mobile app is just like a web app except that it’s designed specifically for mobile devices, with additional features such as push notifications, offline functionality, and faster network speeds. There are two different kinds of mobile apps: native and hybrid apps.

What Is a Native App?

A native app is designed specifically for either Android or Apple devices. A native app made for Android won’t work with an Apple device, and vice-versa. Native apps are generally more expensive and time-consuming to create. Most of the apps that we use every day are considered native apps. Larger companies and organizations will create one native app for Android users and a separate app for Apple users. So why are companies going the extra mile to create native apps? Native apps come with dozens of features that simply aren’t available on web apps.

What Is a Hybrid App?

Hybrid apps are the cross between native apps and web apps. Made for mobile devices, hybrid apps offer all the functionality of both web and native apps, but they’re much easier to design. They look and install just like native apps, but they load like regular webpages, which might turn off some of your users. If you’re anxious to test the waters when it comes to how your customers will respond to an app, you can create a hybrid app instead of investing in a quality native app. You can get a hybrid app up and running on the App Store in roughly half the time it would take to create a native app, but you will have to tweak the final product extensively to make it compatible with both Apple and Android devices.

You can contact the professionals at The Mobile Vine for more information on what kind of app is right for your business.