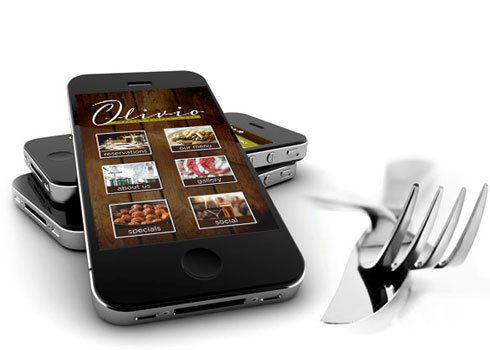 The prevalence of mobile technology has given rise to the term “the internet of everything.”More and more, we’re integrating mobile devices in everything in our daily lives, from the numerous health apps that keep track of weight and exercise, to home security apps that enable us to control lights and locks remotely. It seems that few aspects of our daily routines are immune to the progress of technology. 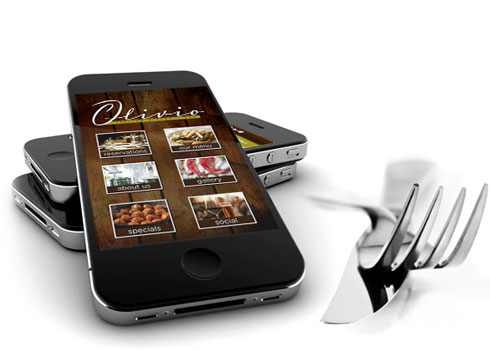 Even the act of dining out—an activity that people have enjoyed since the dawn of appetites—has been usurped (or u-slurped?) by mobile technology.

Many establishments have ventured into the mobile market, creating their restaurant mobile apps to improve the dining experience. The functions vary widely, but one thing is certain: this trend is only growing. Restaurants who use the technology are often seen as friendly to a young, tech-savvy clientele, while those that adapt are likely left in the dust. Think about it:
how many times have you passed up dining at a restaurant because they didn’t have any web or mobile presence?

Mobile restaurant apps are revolutionizing the dining experience in a number of ways, including (but not limited to):

Restaurants are trying to figure out ways to reduce the time people wait in line. For example, Starbucks has integrated a payment system that allows people to order and pay through their phone. Chipotle, the favored Mexican food chain, has since jumped on this feature as well. Since people are becoming more confident with sending money through mobile apps such as Paypal and Venmo, these kinds of services will only flourish.

Some companies are also experimenting with other apps to find imaginative ways to deliver goods to consumers. One example of this occurred last year, when Starbucks and Twitter teamed up to create the @TweetACoffee account. Generous users who had integrated their Twitter account with the Starbucks app could Tweet at friend and tag @TweetACoffee. This would deduct $5 from the users account, which would be sent to the friend in the form of a gift certificate. Although this beta ended in early 2015, it shows some of the innovative ways companies are using mobile technology to connect with customers.

When so many restaurants are increasing their Internet presence, it can be difficult to keep them all apart. Remember when it seemed like every restaurant and their mother had a punch card to keep customers engaged? Although that idea was good in theory, it became a battle for space inside your wallet, and frustrated customers often purged all their cards when it became too much effort to keep them straight.

Viewing a restaurant’s menu online isn’t anything new, but those with apps allow customers to interact with the menu unlike they ever had before. As mentioned above, many establishments allow customers to order while standing in line, but through the app, customers can also access the nutritional facts. For fitness-minded folks wanting to stay within 2,000 calories per day, this information can be incredibly useful.

Fast food chains have been quick to jump on the wagon. For example, Wendy’s, Chick-Fil-A, and Domino’s all have good-looking and easy to use apps (Chick-Fil-A’s even gives users the option to have food delivered out to their car).

Also, most restaurant apps make it easy for users save their favorite orders. Let’s say you savored that specific burger/side/drink combo—the restaurant app will remember it for you. It’s pretty much the tech-savvy version of saying, “Giving me the usual” and having the cook know exactly what you mean.

As with any business, restaurants are always looking for ways to streamline their processes and to bring food out faster. In an effort to innovate, some restaurants are developing apps that send orders directly to kitchen. In a standard restaurant, the standard order requires many steps: the customer places an order with a server, who then turns around an punches it into a point of sale system, which then prints out in the kitchen. Integrating a restaurant app with the point of sale system cuts out two of those steps, thereby increasing the speed in which food is delivered.

Interaction is key in the age of social media. Customers don’t like dealing with corporations, they want to deal with people, and restaurants that gives customers a platform to interact, make suggestions, and provide feedback (i.e. have a personal touch) are the restaurants that succeed.

If there’s one thing that has remained constant in the modern age, it’s our desire to eat, be social, and be catered to. Nothing will change the fundamental restaurant experience, but innovations in technology will make it faster, more efficient, and satisfactory to the customer. Mobile technology is only going to become more prevalent in the dining industry. 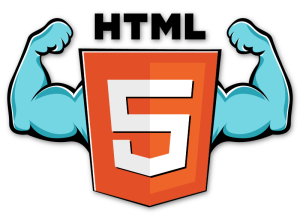 Presenting Mobile Websites That Look and Act Like Mobile Apps

The 3 Most Overlooked SEO Strategies for Small Businesses 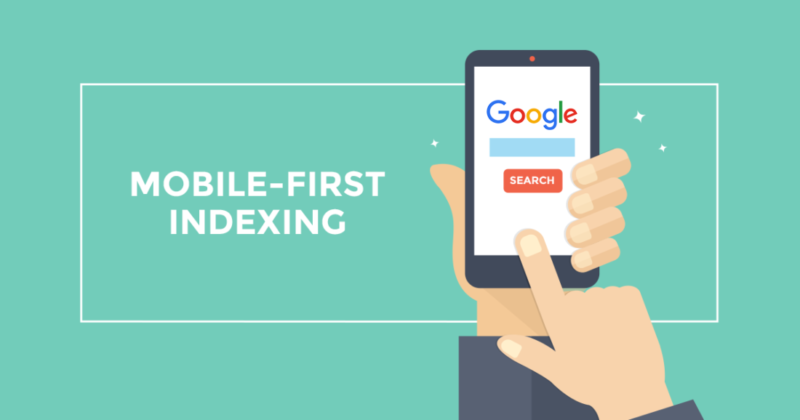