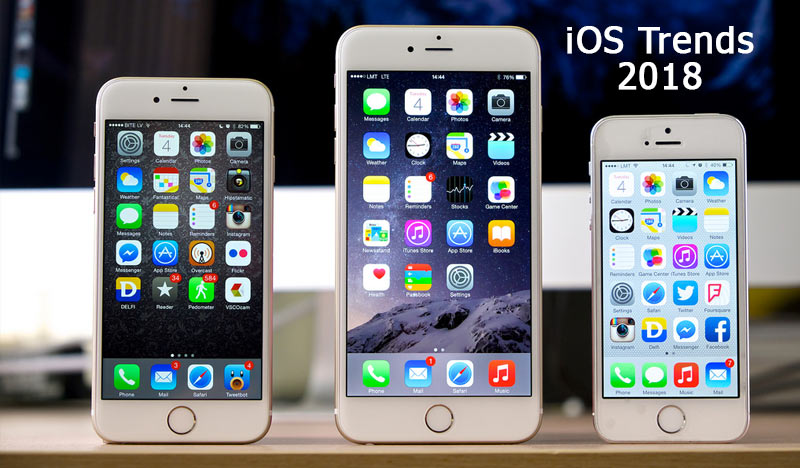 How Apple iOS App Development Is Changing in 2018

Apple made waves in the app development community when it launched an update to its operating system earlier this year, known as iOS 11.3. This has led to some major changes to the way app developers build their platforms for users around the world. Take a look at what these changes mean for app users and developers.

Swift is a programming language developed by Apple as a way of supporting its iOS and Linux operating systems. Apple just announced an update from Swift 3 to Swift 4, which boasts more security and is more user-friendly than previous versions. This will help Apple app develops to keep their platforms safe, instilling more confidence in their consumers. Swift 4 is also scalable, which means develops can build and grow apps more efficiently using an intuitive, user-friendly interface.

We can expect to see more Apple iOS apps integrate Siri, Apple’s world-renown artificially intelligent personal assistant, into their platforms. Apple is pushing Siri hard on consumers, with hopes of leading the consumer foray into the world of A.I. App developers are making room in their platforms for more voice-based commands. Siri is also becoming a leader in GPS navigation, so more map-based apps are going to need to work with Siri in the future.

You’ve probably seen a few people using Apple Pay, the company’s mobile payment app, but that number is steadily on the rise. And Apple wants to see more app developers incorporating this slick payment system into their platforms. To achieve this, Apple has made the payment platform easier to use and easier to integrate into existing and emerging app platforms. Apple Pay is also known for being extremely secure, helping app developers protect their users’ financial information. In the coming years, we’re likely to see just about every app in which a purchase can be made making room for Apple Pay.

Introduction of the Files App

Apple knows how important storage is to its customers. That’s why the company included a new app called Files into the latest version of its operating system. Files is a cloud-based storage system that allows a person to easily upload all their documents, images and videos to the cloud. They can access all of their data from any device. Apple is making it easier for consumers to store their personal files in the cloud by including Files in every iOS update.

Everyone in the app development world understands that app fatigue is all too real. Most consumers won’t bother downloading a new app unless it seems absolutely essential. In fact, the App Store is already full of over 2 million apps. To entice new users, more app developers are making their apps free to download. This also means more apps are shifting to in-app purchases, instead of forcing the consumer to pay for the app upfront.

2018 has already changed how app developers build and promote their products and services. We’re bound to see these changes gain more traction in the months to come. These changes reflect what users seem to care about most, including more secure financial transactions and better file management. If you’re an Apple iOS developer, Apple Pay and cloud-based file storage will soon be the only game in town.

Looking for professional app development services? Contact the pros at The Mobile Vine.